I can never tell, I thought, sitting in a mental ward in Minnesota. I was nineteen.

When I get out I can’t tell friends that I dropped out of college. That I attempted suicide. I can’t tell them how messed up I am. I can’t let them see me like this.

When I got out after forty days, there was only one option (besides suicide, of course). I had to hide.

This year of my life, 2004 to be exact, is the darkest one I can remember. Almost a decade has passed, and there’s hardly anyone I’ve told.

After the mental ward, my social worker set me up in an efficiency apartment that was fully furnished, yet covered in grime. The walls were spotted with grease stains, the floors covered in dirt. Kind of like me.

Only, instead of dirt, I was filthy with lies—and they were rooted deep.

And unlike the dirt that disappeared after one afternoon’s scrubbing, it would take me many, many years to recover from the lies that had saturated my mind for so long.

I can never tell, I thought just today, before finally deciding that maybe someone besides me needed this post. 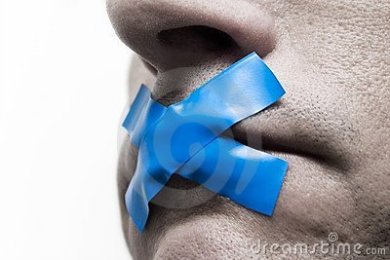 It’s funny how those lies stay with us. You see, in 2013 my depression and suicidal tendencies are for the most part gone; but today I almost didn’t post this, for fear of looking “crazy” when friends or family read the opening lines.

The good news is, by this point in my twenty-eight years, I know I’m not alone. After repeatedly opening my heart to the Source that “lays bare our innermost thoughts” (Heb. 4:12-13) through prayer, and after training other women to do the same, I’m starting to feel less territorial about the pain I’ve guarded for so many years.

I can never tell. What about the teenage boys and girls struggling with their sexuality—thinking they may be gay but afraid of rejection if they “come out”? I’m reading a memoir right now about a girl, stuck in a mental hospital for three years by her abusive, incompetent parents, who admitted to lying, stealing, cheating, and who lied about having a drug problem, plus an eating disorder, before she would ever admit she had gender confusion. (Still waiting to see how it ends, but the title, The Last Time I Wore a Dress, gives me a good idea.)

I can never tell. What about all the Christians struggling with pornography, drinking, or other “sins”? (In The Hidden Half, Paul and I share the stories of some such Christians.)

I can never tell. What’s the issue for you?

For me currently, this lie is complicating my various writing projects. Just as I did today, just as I did when I published my first magazine article about a suicide attempt . . .

I still sometimes battle that lie, I can never tell. 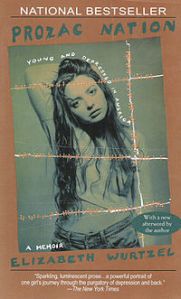 Maybe that’s why I like to read memoirs like Prozac Nation and other riveting romps through mental illness.

My husband thinks reading these kinds of things is unhealthy. Wonders if I am vicariously milking old, bad feelings through reading these books.

I used to wonder that, too. But these days, I don’t think so.

You see, more and more as I’ve dealt with my bad roots through prayer, I’m uncovering a holy rage about how humans (and Christians especially) cover up their bad roots. As if denying them is dealing with them. Who do we think we’re kidding? Certainly we’re not fooling God.

Now for those Christians who may disagree with my “uninspiring” reading selections, that’s fine. But if you’re going to knock them, then at least tell me where else I can find such honesty. Sadly, I don’t find it in church, or from my family members, or even from most friends.

But as for me and my writing, we will be honest.

Not because I think we all need to be sharing and airing our garbage. If we did, just think what a stinky world it would be. But come to think of it, this world already stinks quite a bit…so maybe we don’t have much to lose. And if Christians would speak up more, maybe more people would join us, as they see that we’re not too out of touch to deal with the ugly realities that blot all human stories.

In any case, I’ve decided to be honest, in the name of not being fake…or distasteful to others because I can’t relate in any human way…or disgusting to myself because I’ve built my perceived flaws so big that I’ll never get over them. But the most important reason to be honest? Well, gosh darn, if so many people are writing the depressing stories, don’t we need someone to write the un-depressing ones? (This is the plan for the memoir I’m writing—to share how I got un-depressed.)

And so, to conclude my very abridged tale of woe (for today, anyway), at the end of that worst year of my life, I’m happy to tell you, God intervened, introducing me to my husband (in Texas of all places!) and moving me 1,000 miles from that dirty apartment and my broken past. He moved me away physically. Mentally, on the other hand, I had a long way to go! But that’s the subject of many more blogs.

So, though it’s sometimes hard for me to write, and might sometimes be hard for you to read (but I’m sure you can find lots of “fake” blogs to read, if this one makes you uncomfortable), I choose to tell. No matter how often Satan tries to tell me I can’t, with God’s help, I will ever tell.

23 thoughts on “What Christians and Mental Patients Have in Common”