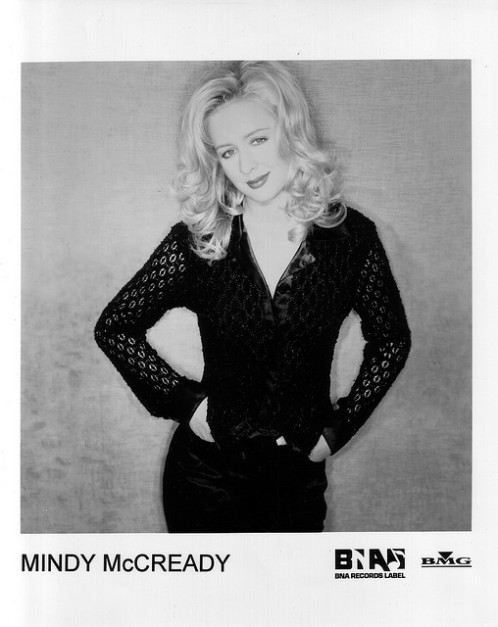 (This photo belongs to Jay Tilston and can be found here.)

She wasn’t exactly my role model, but Mindy Mccready’s suicide yesterday got me thinking about an actual role model of mine who did recently kill himself. I’ve thought about writing about him many times since I heard the news in December, but until now, the pain was too fresh to face.

Mindy’s death came quickly and tragically for me, too; but it’s easier to write about her because I only remember her as a marginal figure in my youth. After her hit “Guys Do It All the Time,” which played on the radio during our school bus route in 1996, she kinda dropped off the radar for me. Aside from admiring her twangy statement against male chauvinism, I never counted her among my personal heroes.

A motivational speaker and evangelist, Leo was much lesser known than Mindy. At least in the secular world. But in both the secular and religious worlds, I’d have to say his impact was far greater than hers. That’s because Leo’s work was not just to entertain, but to inspire, even to save souls by leading them to Christ.

What I Learned from Leo Schreven

In 2009, a complex of factors brought me to my knees in search of divine intervention. Our family was in a state of crisis, I was beginning my second year of teaching, and I knew I couldn’t get through the stress of this time alone. As a result, I was open to God in a way I had never been open before. And He delivered.

(This photo can be found here.)

Among the many ways God provided for my spiritual growth that year, He placed recordings of one of Leo’s Bible seminars within earshot. It was a twenty-plus-part seminar on Bible prophecy that also touched on how Christians should live in a secular world. The material moved me deeply, to the point that I changed a number of personal habits I’d had for years. Christianity was not about the weekly church visit, I learned that year, it is about the daily walk—and Leo had a huge hand in teaching me that.

In 2010, I was floored to learn that Leo would be coming to my church to present one of his newer seminars, this one called “All Power.” Unlike his previously Bible-based presentations, these were more secular, dealing with self-improvement in five areas of life (religion and spirituality being relegated to one-fifth of the seminar). Even though these presentations weren’t as “godly” as what I formerly remembered, I found this material helpful, too, so much so that I used it to build a series of lessons for my public school seniors the next fall.

Too Good to Be True?

As you can imagine, when I found out that Leo had committed suicide in December of 2012, I felt devastated. I also couldn’t help feeling a little betrayed. What had happened to his promise of finding “all power” in all the major areas of life? I didn’t want to be bitter, but I did feel bitter, especially because I felt Leo had let down not only me, but also my students.

More than feeling sorry for myself, though, I felt sorry for Leo’s wife and daughter. This was sure to sink the ministry, I thought, and it did. All Power Ministries folded just this month, with Leo’s poor widow announcing that it was just too much to maintain. The irony of the situation (motivational speaker commits suicide) was too obvious, or shameful, to receive comment.

As I thought back to Leo’s weekend-long seminar at my church, I remembered watching his energetic gait and mile-a-minute speech and thinking that his success seemed too good to be true…I remember hearing him rave about his vegan diet and how he only needed four hours of sleep per night…how he traveled for over two-thirds of the year to bring these life-giving principles to others…and the pace of his life seemed insupportable.

After his early days of evangelism in the nineties (which produced the audio recordings that partially led me back to God), He told us he, with his wife, had decided to place other priorities above family—just for a few years, so he could build up his ministry and his wealth (which he used for much good, I must say). And that was one of his recommendations in the All Power seminar: that you sacrifice some things now in order to set yourself up for success later. From what I understood, his plan was to build up his career and ministry first, then come back to his family life later.

But he never got the chance.

Leo died with millions of dollars, a thriving ministry, and what must have been thousands of followers (including yours truly). But, as it came out later, his wife had left him prior to the suicide, taking their daughter with them. His personal life was a shambles.

They had tried to work it out, his wife explained, but unbeknownst to the public, he had been suffering with a debilitating mental illness for many years, and finally, it got to be too much to bear. They urged Leo to get help, she said, but he would not.

What do you say when things like this happen? My husband and I mulled it over in shock for days. Leo seemed so happy, so healthy, when we’d last seen him. He seemed so in control and confident. He almost seemed larger than life.

But maybe that was the problem. I hate to speculate, but I can only imagine that the pressure of having to maintain an “all powerful” life must have been crushing. He must have felt the pressure that many Christians feel—although to a much greater extent—when others look to you to fill shoes you were never meant to fill—when you become a “God” figure for others.

I won’t fully understand what happened until I get to ask God in heaven, but in trying to understand my role model’s suicide, I have come to resolution in several ways.

Though there is no easy way to end this post, I would like to close by offering my sincerest condolences to Leo’s family, to Mindy’s family, and to all families of suicide victims. I pray that the “God of all comfort” with become very real to you in these inscrutable times, smoothing over the unanswered questions until that day when He will make all things plain, letting us judge for ourselves the tragedies of this life (1 Cor. 6:3; Rev: 20:12).